The term “Mid-Century Modern” was first used in a design book written in the 1980s to describe the furniture of the 50s and 60s. Furnishing styles coming out in the exuberant postwar world featured organic shapes, never-before-seen materials and details created with new technologies in mind. While Mid-Century modern originally targeted 1945-1965, the design period is sometimes stretched to include the late 60s and early 70s. One reasons it’s hard to pin down a precise time period is because ever since its initial time in the limelight, Mid-Century has seen streaks of popularity. We’d certainly say that a new popularity streak has been in the works since 2010 or so. Zen-like lovers of clean lines and devoted fans of the perfectly styled AMC cable series Mad Men alike can’t get enough of the Mid-Century look these days! Fortunately, we carry some of these styles from this influence as well as other furniture and retro-fabulous objects at Bova Furniture.

Some historians believe that Mid-Century styles were made to be easy to build and easy to market after the Second World War. An emphasis was placed on horizontal lines, natural light, smooth transitions from room to room and logical visual “flow” – all things most good designers tend to aim for today! Elaborately decorated and heavily adorned furniture and light fixtures fell out of fashion and, in a sense, they’ve never fully recovered from the impact of the decidedly linear, forward-looking Mid-Century movement. Multipurpose became a catchphrase and addressed the needs of everyday life at the time. New furniturestacked, folded, bent, rearranged and interchanged. Tables were nonspecific, able to be used for eating, writing, playing cards or even folding laundry. Sounds pretty convenient, right?

But good looks and multi-functionality can’t be the only explanations for the perennial popularity of the Mid-Century mood. We think some of what must draw people to the style, especially nowadays, is the way you can easily mix and match it with all kinds of furnishings from art deco antiques to exotic, travel-inspired accessories. When design hounds think of the Mid-Century style, they instantly picture low, streamlined sofas and modular teak sideboards, and we carry these sorts of things at Bova, but there are other ways to incorporate a dash of mod architecture into your space. Imagine pairing super comfortable, super contemporary sofas and armchairs with vintage-inspired art, lighting or pottery, for example. Or perhaps a glamourous glass table with some casual-cool occasional chairs done in an earth tone. At Bova, we like to accent beige and gray base pieces with turquoise, orange and chartreuse when finishing off a room. Remember you don’t have to strive to reproduce a retro–Palm Springs vibe as authentically as possible. Opt to mix new and old instead. In the end, interpretability the most appealing characteristic. 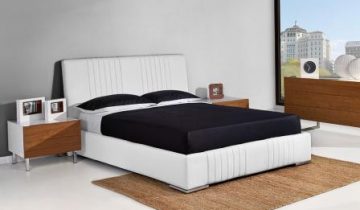 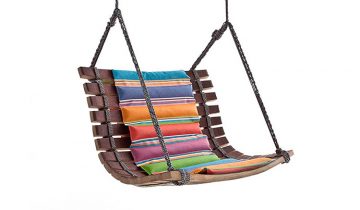 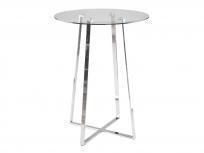 No products in the cart.

Signup to be the first to hear about exclusive deals, special offers and upcoming collections.